After years of throwing squadrons of lawyers at each other, the big Apples – Apple Inc and Apple Corps – kissed and made up a few months ago and now it looks like they can’t stop the love. 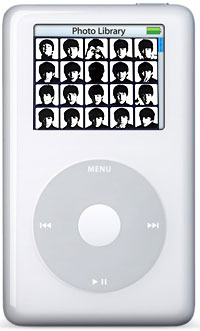 Yesterday, record company giants EMI Group PLC announced that it planned to unveil “an exciting new digital offering” with Steve Jobs and the gang at Apple, leading pundits to conclude that The Beatles’ music catalogue is finally about to be made available through Apple’s iTunes online music store.

Spinning the expectation-o-meter right up to eleven, EMI revealed that their chief executive, Eric Nicoli, and Apple head honcho Jobs will be holding a news conference today, which will be supplemented by a “special live performance.” 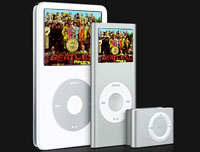 The Beatles have famously refused to sign up to iTunes and other online music services for years, and many expect the download charts to be instantly filled up with the Fab Four’s songs as soon as their catalogue becomes available.

Of course, the fact that the story broke on April Fool’s Day has led some to think it might be a bit of a jolly wind-up wheeze, so I guess we’ll have to wait to see if the scheduled 1pm conference happens or not.

Mind you, if it is an April Fool’s it’s a pretty crummy one compared to Google’s TiSP Toilet wireless network one.

One thought on “Beatles Songs For iTunes?”