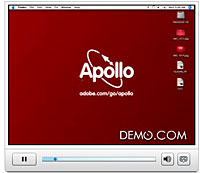 Adobe has released an alpha version of an interesting piece of software tasked with “bridging the gap between the computer desktop and the Web.”

Described by Adobe Labs as a “cross-operating system application runtime,” Apollo has been likened to Adobe Flash, except that users will be able to view multimedia content on their desktops rather than inside browser windows.

Although some websites have managed to utilise new technologies and programming techniques to get their websites purring with smarty-pants video, chat and other features, Kevin Lynch, Adobe’s chief software architect, reckons those technologies have been pushed to the limit. 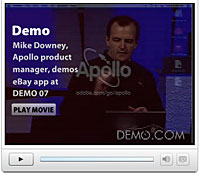 “Web browsers are great for reading Web pages,” said Lynch. “For Web applications, it’s really been a stretch to support things like word processors or e-mail,” he added.

Noting the efforts of other companies, including Microsoft, to offer Web-based add-ons to their desktop software, Lynch said that Adobe were taking the opposite approach and, “bringing the innovation on the Web to the desktop.”

What’s particularly clever about Apollo applications is that they don’t need to be permanently connected to the web to do their stuff.

The environment is designed to check if there’s a network connection available, and change its functionality accordingly – so if you’re half way through an email and the signal disappears (or you get on a plane), you can continue working, with the application caching all information to be sent later. 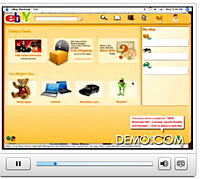 For maximum compatibility, Apollo supports existing web application technologies such as HTML, JavaScript and Flash and will, for example, let users place bids, maintain watch lists and post new items for sale on eBay straight from the desktop.

Using an Apollo based music player, users will also be able to play back songs stored on their hard drive while viewing photos of the artist direct from Flickr.

A mainstream release of Apollo is planned for later this year, with development tools currently available for Windows and OS X (a Linux version has been promised for the future).