Bill Gates launched Vista this morning by emphasizing the role of the general public in its conception. “We’ve got over 5 million beta testers to thank,” he told a packed audience at the British Library in London. “They’ve helped to make sure that Vista is the highest quality product we’ve ever released. And then we picked 50 families and talked to them about how they used computing in their daily lives, generating over 800 changes in the final version.”

This isn’t the monolithic Microsoft of old, laying down the law and strong-arming others to follow its digital lead. Instead, Gates pointed out that Office 2007 (also launched today) “redefines collaboration in the workplace. It embraces the XML standard and that’s a big deal.” He went on to say that “the strength of Windows has always been the ecosystem around it, consisting of hardware, solutions and software partners. We’ve always had ten times as many applications for Windows as for other operating systems, and that’s allowed us to see software at low prices.” 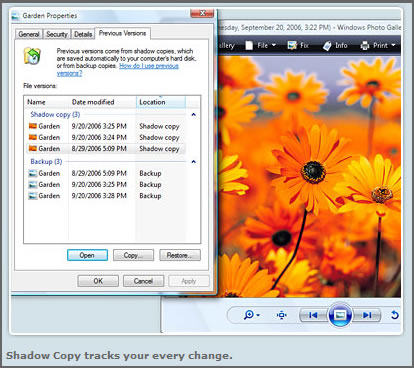 It’s perhaps no coincidence that the Vista ecosystem opens up a whole new environmental niche, in the form of miniature applications called Gadgets, a selection of which were unveiled (at great length) by Windows marketeers. Although superficially very similar to Apple’s desktop Widgets, the Gadgets on show were heavily branded by partners ranging from BetFair to Universal Music, and seemed to integrate worryingly easily with Microsoft’s software. If you block out a meeting in Milan, for instance, the EasyJet Gadget could pop up to suggest suitable flights.

It remains to be seen whether Gadget developers have consumer – rather than corporate – interests uppermost in their minds. Bill gushed: “I’m excited to see what people are going to do with Vista”. Any bets that malware Gadgets are just around the corner?