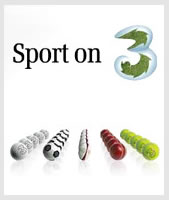 Ofcom has a duty to ensure spectrum isn’t wasted and as a consequence of the auction will end up driving revenue for the Government. Previously, and famously they did very well when they auctioned the 3G licenses, raising £21bn for the Treasury.

They recently auctioned some GSM spectrum and that only raised £3.8m, but it was much less than the 3G lot with many more restrictions.

Under its new face, and following EU directives, Ofcom likes to offer technology neutral licenses, which means the licensee can use the spectrum for whatever they want – as long as they meet the radio restrictions on that band (power, spectral masks, etc). They hope this will stimulate innovative services which is good for the economy.

There’s a lot of interest in the spectrum, as it could be used for lots of services including 3G and WiMAX, but that’s where the problems start.

Possible European Interference
There are various blocks of spectrum which are coordinated at a European level and each EU country uses the spectrum for the same things. That’s pretty much what happens for GSM and 3G, as well as some TV and radio bands.

It’s all organised by CEPT (European Conference of Postal and Telecommunications) and the Radio Spectrum Committee (RSC), CEPT is represented by 47 countries and the RSC by 25 EU states. They ensure that radio usage is coordinated. Unfortunately radio waves don’t abide by national borders, so it would be no good if one country was using spectrum for say TV and another for radio as they’d interfere with each other.

Though the UK is an island, interference issues are quite common, especially in the south east with France and the north east with the Dutch and even the Nordic countries. The west has to worry about Ireland (and of course Northern Ireland abides by UK policy).

These particular bands are already allocated for 3G, 10MHz in 2010 – 2020 MHz, is already designed for license-exempt self-provided, self-coordinated IMT-2000 use. In the UK none of the 3G networks have actually utilised it, though in other parts of Europe it has been used for this purpose.

2500 – 2690 MHz is currently mainly used for video broadcast systems, all licensees have been given notice to vacate by 31st December 2006. This is a significant amount of spectrum (190MHz) which is greater than is currently allocated to the whole of 3G use (140MHz). It was reserved for a “new” entrant if the current 5th 3G operator failed or for existing 3G expansion.

Ofcom are currently holding UK consultations to see what stakeholders think should happen. They are proposing the following: –

One guard channel will be necessary at adjacencies between paired and unpaired spectrum, at 2615-2620 MHz, and possibly another in the top part of the band.

Each bidder should receive contiguous lots in each category, except potentially one assignment of unpaired spectrum which could need to be split into two blocks of contiguous lots.

What might the response be?
The consultation will close in March 2007 and it’s likely the 3G operators will be extremely vocal in their claim to this spectrum, as they paid so much for their original licenses.

Once Ofcom digest the responses, they’ll then have to argue the case at the European level to ensure it can be licensed off in a technology neutral manner without upsetting our neighbours, however getting agreement from at least 47 countries tends to be a time consuming process.

Luckily CEPT are already discussing the issues and are expecting to make a statement in July next year. RSC will follow shortly after.

Although there’s no guarantee that discussions will go in Ofcom’s favour, they are hoping an award process can start in the Autumn of 2007, though it may well be delayed until 2008.

Potential Cash
With 16 national licenses available, there’s a fair amount of cash the government can expect to raise. Even if Ofcom set the minimum price at £50,000 then that’s £800,000 – they are likely to reach much higher values, although not the silly pricing that the original 3G licenses fetched.