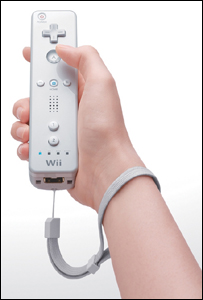 There’s been quite a few stories flying around the Internet that Nintendo will be recalling 3.2m Wii remote safety straps.

We’ve been contacted by Nintendo to clarify the situation. They tell us that a _very_ small number of Wii remote straps have broken. How small? Well, they claim it’s 0.001% of the machines they’ve sold.

When we asked where the 3.2m figure came from, they said that it was unclear and they’re trying to trace the source.

If there have been breakages, they suspect that it’s been down to unusually active playing. It makes us think that if people are using their controllers that violently, they must be pretty passion game players.

Despite their view that their isn’t a problem, they’re offering an exchange service for those who are worried about their straps. UK owners should either contact them through wiiwriststrap@codestorm.co.uk or on 0870 60 60 247.

They’re also passing on the “useful” tips for “safe play”

All new Wii machines will be shipped with the new-style strap, which Nintendo say is to alleviate the fears of the public..