Marty Lafferty, CEO of the Distributed Computing Industry Association (DCIA) gives us a synopsis of the Next Generation P2P sessions at the recent Digital Hollywood Europe conference held in London’s docklands.

Ingjerd Jevnaker (pictured right) distinguished the use of P2P for live streaming as separate from file sharing. P2P essentially means interconnecting users computer-to-computer on the same level, and this can be to share bandwidth as well as content. There should be no contradiction between P2P and protecting content. Because of legacy issues tainting P2P’s image, however, some successful P2P applications don’t advertise that they use P2P – and users don’t care. Meanwhile, other P2P networks have increased their popularity with almost a revolutionary appeal to consumers by emphasizing P2P. The biggest emerging failures are digital services that use DRM in too draconian a manner. Flexibility is needed.

P2P companies now are either going open source and in some ways underground and non-commercial, or working to get consumers to sign onto licensed models. We need to encourage the technology sector to support and advance legitimate uses of P2P on multiple networks; and we need to encourage the entertainment sector to think about alternative business models, such as adopting RawFlow streaming and integrating ad-supported commercial content with user-generated content (UGC). In the coming future, there will be no more TVs – PCs will become the video appliance.

Les Ottolenghi explained how P2P is a superior delivery method for rich media content, with INTENT MediaWorks now delivering 370,000 licensed files per day up from 10K/day a year ago and participating in such groundbreaking efforts as the recent Coca-Cola sponsored Jay-Z P2P-exclusive promotion. INTENT uses DRM to track content, converting the open P2P universe into an ecosystem for legitimate business, which is emerging as primarily ad-supported. Licensed content is provided free, giving instant gratification to end-users, with the result that 84% of discovered files are retained. Unified file-discovery across all P2P and social networks has also emerged as an important attribute for success; hence INTENT has just launched its DelveDown service to provide that functionality.

Fostering the community nature of the channel is also very important, and P2P is uniquely configured for social networking. Post-Grokster, major entertainment companies are showing more interest in working with INTENT and, globally, copyright court cases have reduced the reluctance of majors to move forward and embrace P2P. It is critical not to let telecom firms dictate what happens regarding further innovation by eliminating net neutrality. We also need to work to make files smarter – so that content packages themselves have intelligence – plus continue to improve interoperability and attract higher quality content to be licensed for P2P. 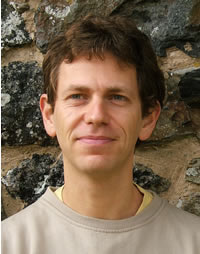 Daniel Harris (pictured right) provided Kendra’s perspective on P2P from its alliance of content owners and software makers. Daniel’s vision is that any application on any device should be able to browse any catalog, and there should be universal interoperability. Record labels have had different ways of managing their catalogs, historically; now we need to show them that with P2P it is possible to aggregate databases and achieve across-the-board content monetization. P2P can bring benefits of non-centralized search and publishing to all sorts of content databases.

P2P can be used for information transfer – not just file transfer. Standardization will help make this a commercially viable consumer medium. It is increasingly futile to pursue legal strategies when open standards are proliferating. Huge advancements could be made in commercial development by simply bolting payment systems onto traditional P2Ps and letting developers earn money by working to make this happen. It is time to embrace, support, and extend P2P with open standards to build a market that has enormous potential. Let’s empower developers to make this succeed with the reality of more open standards.

Trevor Albery cited Warner Bros.’ recent development of new business initiatives in the P2P sphere, while also continuing a strong focus on anti-piracy activities. Examples include licensing BitTorrent and the joint venture announced earlier this year with DCIA Member arvato mobile using its GNAB platform for the In2Movies service in Germany. So far, these approaches have involved offering filmed content in traditional business models, but with a P2P delivery aspect. It is still the very early days for the P2P distribution channel, and now is the time for experimentation in what is a nascent industry in order to learn what will work best.

There should be no apologies for the Grokster case, which was about profiting from inducement to infringe copyright, not about P2P technology. Today’s challenge is to build good services that will excite consumers and compete with unlicensed online content. There may well be more litigation, as the channel continues its legitimization. We need to bring all stakeholders together to make DRM work better so that P2P can safely monetize content. P2P will find its place among distribution channels, while DVDs will continue and other electronic distribution will as well.

Anthony Rose outlined Altnet’s experience from 2001, when, in retrospect, its approach was ahead of its time. Altnet pioneered DRM-protected content distribution through open P2Ps, but major entertainment content rights holders initially resisted. Now that legal settlements are complete, however, Altnet is finally obtaining licenses. Its newest offering, the Global File Registry (GFR), connects people who own content with people who use content. Five years ago, there was much innovation in the P2P space, but then Web 2.0 became more innovative as P2Ps faced litigation. Now we are at a stage where the transport layer for P2P works quite well, but how people use it is still not working as a business. We need renewed innovation here – for example, with better indexing technologies – so that users will not be polarized.

Of concern is the fact that dispute settlements have bi-furcated the development community into those who want licensed distribution and those who are trying to anonymize usage. What should be obvious is that value will be generated by large-volume licensed-content distribution. Social wrapping in P2P is also an area of high potential. Consumers are more empowered than ever and, therefore, trying to dictate their behavior harshly will fail and drive them to the waiting darknets. The desire for control must be tempered; the winning play will be one based on equilibrium. The future will bring an increase in hybrid systems with a mix of centralized and distributed servers.

Reproduced with permission of the DCIA. For more information, plan to attend the day-long P2P MEDIA SUMMIT NY on February 6, 2007.