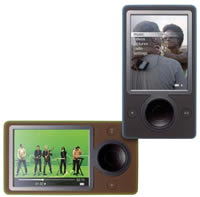 The buzz has been around for months and finally we get to hear the pricing. Retail pricing will be $249 and it will hit the shops in 14th November in the US.

What will people get for the money?
A 30Gb digital media player, with a three-inch LCD video screen; WiFi for passing music around and … wait for it …. an FM tuner. There’ll be three colours – black, brown and white.

Microsoft have learnt from Apple and will be releasing some new software to select content and load it on to your Zune. 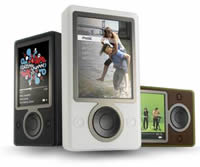 Along side this will be the Zune Pass subscription service, which for $14.99/month will give access to “millions of songs.” The downside on this one is that once you stop paying, your stop getting access to the music.

If this doesn’t appeal, you can buy tracks individually at 79 Microsoft Points per track (Yes, less than iTunes). If you’re unfamiliar with Microsoft Points, they’re like pre-paid phone cards. 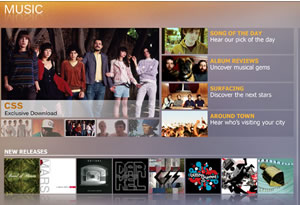 There’s going to be a ton of accessories available at launch, which are listed at the bottom of the press release and are prices between $20 and $100.

As to whether Microsoft will pursue current Apple customers to drop their iPods for a Zune, or more significantly, waste the money they may have spent buying music or videos on Apple iTunes, is quite another thing. As we all know iTMS customers would’ve had to burn all of their purchased tracks to disk and re-rip them to play them on a Zune.