For a self confessed, gimme-gimme-shiny-new gadgets nutcase like me to be using a phone several years old speaks volumes of the strengths of the Treo 650.

It’s not a perfect phone by any means, but after trying out various Nokias, Pocket PCs, Motos, Sony Ericssons and other wannbe contenders, I’ve come to the conclusion that the Treo remains the best smartphone on the market.

It’s not for everyone of course, but after a recent weekend in Wales, I realised that I had in my possession the first smartphone that was actually clever enough for me to leave my laptop at home.

Despite being out in the wilds of lovely Cymraeg (with ne’er a wisp of Wi-Fi in the air), I was able to download images for approval from a client; download, edit and send off a Word doc; surf the web; chat with some friends on IRC; send and receive a ton of email; download weather forecasts; read RSS feeds; play some games; update my blog; send text messages; take pics and a few silly videos and, of course make and receive calls – and the Treo performed faultlessly throughout. 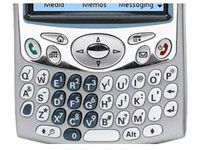 If I’d have taken my Windows Mobile phone I dare say I would have been very well acquainted with stylus (and the reset button) by this time, but the Treo’s fabulous one-handed operation and rock solid performance made it a practical laptop replacement.

The future
After Palm decided that it wasn’t worth the outlay to re-jig the Treo to fit incoming European regulations, there sadly won’t be any more 650s shipping to the UK, although there still should be plenty about – especially on ebay.

In the US, Palm has already released the 650’s successor, the Treo 700p, but it looks like us here in Euro-land are going to have to wait till around Christmas for an updated, antennae-less Treo to appear. Possibly. 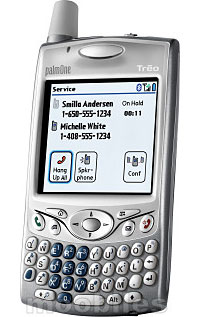 Palm has remained tight-lipped about their European product roadmap, with the web rife with rumours of both Windows and Palm new models going under ggroovy codenames like Hollywood, Lowrider, Nitro and Lennon.

Vodafone UK, however, have recently confirmed that they will be launching a Windows Mobile 5-powered 3G UMTS Treo at an unspecified date, but we’re not interested in that.

We want a much needed fix of new Palm gadgetry, running a Palm OS!