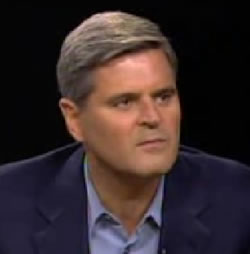 Steve Case, co-founder of AOL, now ex-chairman of AOL-Time Warner, has said he was sorry for the merger between AOL and Time Warner. It is widely regarded as a deal that didn’t go very well, leading to internal wrangling and huge amounts of money being knocked of share values.

In an interview with well known US journalist, Charlie Rose, Case said he still believed the ‘idea’ of bringing together Time Warners content and broadband infrastructure, RoadRunner, with AOL digital expertise was right.

He resolved that “Ultimately it comes down to execution,” and that in this case that hadn’t been successful. Case said he missed the ‘power’ to execute what he thought was right.

When questioned further about it, Case then refered to his current company, Revolution, saying that they will only enter into agreements where they have a controlling interest, so they can “Take a long term view.” We take this as implying that this wasn’t the case when dealing with Time Warner.

When Rose asked him straight, “Was it a good idea, or not?”, Case gave a half smile and then laughed, trying to avoid a direct answer. 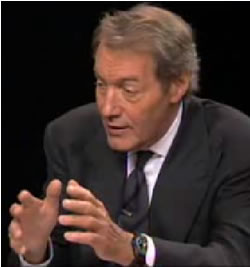 When pushed, Case said from the point of shareholders of the two companies, employees & customers – it didn’t go as he’d hoped, it had been a disappointment and a source for frustration. Given the wide range of those included by Case, we don’t know who else might be disappointed who wasn’t included.

Watch the video. The section relevant to this story starts at 30 minutes in.