The Long Tail Book Review: Why The Future Of Business Is Selling Less Of More
by Chris Anderson 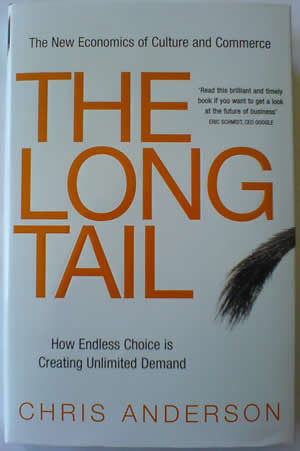 The Long Tail is an important manual for the new economics of the Internet and digital culture. As well as demystifying the numbers it provides an essential guide to how to navigate a world where everything is available, all the time. Score: 95%

Review
Every once in a while a book comes along that completely captures and defines a particular period. Nicholas Negroponte’s Being Digital defined the blossoming digital culture of the mid 90’s, now The Long Tail shows how the Internet will radically change our habits and behaviour.

Chris Anderson illustrates how our buying habits have been shaped by the economics of big business, creating the blockbuster culture; the selling of a narrow range of products to the biggest possible group of consumers. Anderson shows how the Internet, through companies such as eBay, Google and Amazon, radically changes that, allowing us to be more exploratory and specific about what we buy.

“The theory of the Long Tail is that our culture and economy is increasingly shifting away from a focus on a relatively small number of “hits” (mainstream products and markets) at the head of the demand curve and toward a huge number of niches in the tail. As the costs of production and distribution fall, especially online, there is now less need to lump products and consumers into one-size-fits-all containers. In an era without the constraints of physical shelf space and other bottlenecks of distribution, narrowly-target goods and services can be as economically attractive as mainstream fare.”

Anderson provides and eloquent and detailed analysis of various aspects of Internet culture and business and illustrates how the explosion of niche markets and filtering tools will allow us to zero-in on things that interest us, potentially shattering the hold that large manufacturers and retailers have exercised since the mid 20th century. 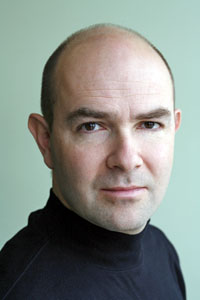 The Long Tail effect is not limited to buying and selling, the process by which the book was written is a case in point. Anderson (editor in chief of Wired magazine) published the original Long Tail article in Wired back in October 04. The article rapidly became a hit and mushroomed into the Long Tail blog which Anderson used to publicly research and test his theories. Shortly before the publication date earlier this month, Anderson released copies of the book to bloggers across the globe for review. The process is a perfect example of a product being tested and developed publicly, thereby generating enough word of mouth interest to create a ready market for it. The strategy was proved a resounding success by the book’s appearance in Amazon’s top ten non-fiction list on its publication day.

Although The Long Tail is a business book, it is also about culture in general and how it’s changing. Freed from the constraints of the blockbuster culture, the consumer is able to delve into niches he never knew existed and also to contribute in a way that was not previously possible. The success of social software services such as Flickr and YouTube has allowed the audience to create and share their own material generating a genuinely new, interactive media which is actually competing in some respects with mainstream broadcast media.

Some have taken this to mean that Anderson is sounding the death knell for blockbusters, something which he was at pains to counter on his blog, “Hits Aren’t Dead” he said, “I never said they were. What is dead is the monopoly of the hit. For too long hits or products intended to be hits have had the stage to themselves, because only hit-centric companies had access to the retail channel and the retail channel only had room for best-sellers. But now blockbusters must share the stage with a million niche products, and this will lead to a very different marketplace.”

While not all the ideas in The Long Tail are Anderson’s own, like any good journalist, he manages to articulate the complexities of a difficult subject in a lucid and entertaining style.

Summary
The Long Tail is an important manual for the new economics of the Internet and digital culture. As well as demystifying the numbers it provides an essential guide to how to navigate a world where everything is available, all the time.

One thought on “The Long Tail Book Review (95%): Why The Future Of Business Is Selling Less Of More”