Yahoo! and Motorola have cuddled up in their synergetic beds and fluffed up their co-branding pillows to announce a new deal that will see Yahoo! Go pre-installed on millions of Motorola handsets next year.

The deal sees the search engine further consolidate their market-leading position, with the company already having a deal with Nokia under their belts.

Thanks to an exchange of besuited handshakes earlier this year, Yahoo’s mobile services will also come pre-installed on many of Nokia’s new 60 series and “N” class multimedia phones. 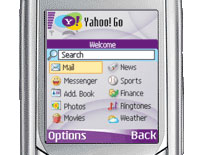 With two of the mobile phone big boys onboard, we reckon there’s been a fair amount of backside-kicking going on at arch-rivals Google, who must be well miffed to see Yahoo grab such a huge chunk of the market.

With the two dominant mobile handset players now signed up to Yahoo, Google will have no choice but to seek out second tier manufacturers, or dream up a new take on the mobile market. 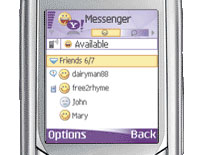 With more and more phones offering internet access, punters want to be able to easily access services, search the web and grab their mail on the move.

With Yahoo! having their mobile software pre-installed on the two biggest handset manufacturers, the company are set to dominate the market, if only for the short term while the likes of Google and MSN work out a response.