Yesterday saw the press unveiling of Sky Broadband, showing the eventual absorption of EasyNet, the UK ISP that they 3).

If your reaction is, “Don’t Sky do satellite TV?,” you haven’t been paying much attention recently.

Each of the bundles include a wireless router and McAfee security software.

Sounds cheap? Well there’s a slight caveat to the ‘free’ service; you need to be a subscriber to their TV service.

Registration via their Web site or SkyActive has been available from noon today and the product will start selling from August. 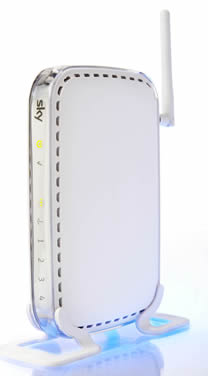 Sky marketing have been taking their now-expected simplistic approach to the name of the product, with Base, Mid and Max. It’s genius like this that produced the name Sky+, the name that sold 100k+ PVRs to the UK public, when previously they didn’t understand what the hell it was.

How does it fare against the others?
The prices are considerably lower than most of the offerings in the UK, with an equivalent pay-for 2Mb connection from BT costing £18/month.

True, to qualify for these Sky Broadband services you do need to subscribe to Sky TV, but surprisingly at only the cheapest, £15/month package. This approach differs from what they’ve done for many of their other recent ‘hi-tech’ offerings like Sky By Broadband, Sky By Mobile, which required subscription to one of their ‘Premier’ packages.

The closest offering to ‘free’ broadband in the UK are two fold – Carphone Warehouse’s TalkTalk, and Orange, post merger with Wandadoo. TalkTalk requires an 18-month contract for a phone line with a rental of £20.99/month and Orange requires a mobile phone bill of at least £30/month.

Installation
As per most UK broadband offerings, Sky is expecting most of their installations to be done by the customer, after they’ve received their bits and pieces through the post. The wireless router (which looks like a 3Com unit), sounds self configuring, with the subscriber just needing to load software on their suitably-equipped PC, or …. shock/horror, Macintosh.

If people feel they’re not up to the job, the ever-helpful Sky will send an engineer around to your house to install it all for £50, unless you’re a Sky Max subscriber, in which case it will be free.

This is a big differentiator with the Sky offering. This isn’t offered by other ISPs – it’s simply not economic to do it. It’s also quite a bargain. Depending on the part of the country you live in, you would normally be hard pushed to get someone to come around to your house to install and set up your DSL and a wireless network for that sort of money.

One thing that Sky does excel at, is customer service, and they clearly want this to go as smoothly as possible.

Coverage
These packages aren’t available all over the UK, as Sky Broadband’s reach is limited to the number of exchanges that have been unbundled by EasyNet, as was. Sky are quoting coverage at 28% of the household of the UK, with the high speed (16Mb/s) service only available to an estimates half of these, giving coverage of about 14%.

With their promise to invest around £400/m over the next three years, Sky will be increasing coverage with the stated aim being 70% of UK households by 2007.

Those who fall outside these have to make do with what they call Sky Connect, which is limited to an 8Mb/s service at £17/month.

Analysis
Sky are doing a smart thing here – effectively getting their customers to install another means of Sky delivering content into their homes.

No-one at Sky would be drawn to talk about any firm plans to deliver video content over the broadband connections, but clearly that will be the next move. They can pre-load films, while the connection isn’t being used by the family.

That explains one of the reasons they’re doing it, but why else? 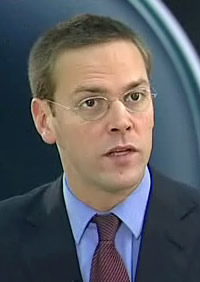 Since James Murdoch took over running Sky, its stated ambition has been 10 million subscribers by 2010, but as we get closer to that, it’s getting hard to convert over those naughty-non-subscribers.

To build toward 10m, Sky really need to keep hold of their current subscribers, and some find they don’t need satellite TV anymore. Bringing them in and locking them into a broadband service is a great way of doing it.

The other thing they need to bring in, is new subscribers and offering potential subscribers incredibly cheap broadband is a pretty good way of doing it.

Other things that Sky are doing is getting their subscribers more closely linked in, or locked in to their service. It’s interesting to see that Sky will be providing a personalised portal of their own, providing photo management and address book. If you’ve ever tried to extract yourself from a photo sharing service – and escape with your photo’s – you’ll know it’s not easy.

Other bits that will be given over are as the previous Sky By Broadband offerings of film, sports and news clips. Oh and, big wow, you’ll also be able to get an @sky.com email address (wonder if rupert@sky.com has gone already?)

Sky will really put the cat among the pigeons with this one. It’s a very keen price, that will hopefully start bringing down the price of broadband for the UK.