Summary
If your hardcore linix/unix and want to know the Mac – 72%.
Non-unix heads need not apply. 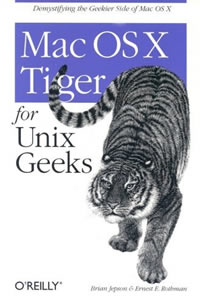 This book covers the Mac OS X 10.4 (aka Tiger) for geeks who have come from a Unix/Linux environment and are happiest using the command line, not sexy GUIs (graphical user environments).

If you didn’t know, we’ll let you into a little secret – Mac OS is really Unix underneath. This book exposes the basic programs and utilities that are normally hidden behind shiny Aqua interface that is the Mac OS GUI front-end.

As an example – want to burn a CD? Of course you can do it using the GUI, but it’s also possible to use the “hdiutil”program on the command-line interface (CLI). Truth be told, that’s all that’s really happens when Mac OS is using all along.

One of the advatnages of using CLI approach is that when used in the shell, scripts of commands can be used to chain together a string of them, enabling automation.

Be aware, it’s not a book for the casual Mac user, but if you get excited about the insides of an OS (which some of us at Digital-Lifestyles do admit to), you’ll find plenty of material. 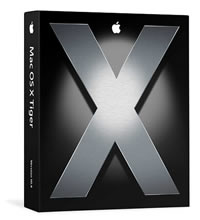 Bits like the section of PearPC might be a bit over the top for even a normal Unix user, but it does work. If you just want to develop Mac OS programs, this could be a way to do it – although it will be slowly as the emulator isn’t very fastest.

Only recommended if you’re an old hand at Unix/Linux and want the same experience on a Mac.

Summary
If your hardcore linix/unix and want to know the Mac – 72%.
Non-unix heads need not apply.