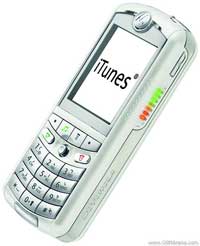 Oooh, Conspiracies Abound
We’ve recently covered the Motorola ROKR iTunes music phone, and then again more recently, followed reports of its shortcomings. Now, The Apple Blog has a conspiracy theory on the device: It was deliberately sabotaged.

Apple makes a lot of money out of its iPod sales, with reports of profit margin of as much as 50% on the iPod Nano according to AppleInsider and its one of the company’s principal sources of income. Think about what would happen if people started buying phones as iPod replacements. That’s right, Apple would lose out.

I can well imagine Apple mastermind and CEO Steve Jobs would have seen this from far off, and had thought long and hard about whether or not to allow Motorola to produce an iTunes-compatible mobile phone. I’m sure that Motorola pays Apple some amount of money for the iTunes compatibility, and I’m also sure that Steve Jobs wanted the cash.

How would you introduce a phone that mirrored the iPod’s functionality without canabalizing iPod sales? That’s right, limit its functionality. Maybe this explains the 100-song limit on the Motorola iTunes phone. And before you say “but it’s not got enough memory for more”, it has: It’s possible to put enough memory in it to store around 500 tracks at least, but the software won’t allow any more.

It is possible that Apple want to actually make people think of MP3-playing mobiles as a pile of rubbish, meaning that they will instead buy iPods. Of course, there is no hard evidence that supports this theory, but there are a lot of things that point in this direction.

Whether or not this move on Apple’s part (Apple designed the software) would be wise one or not remains to be seen, and whether the 100-song restriction will still be in place in the upcoming RAZR V3i iTunes phone is also something only time and/or NDA breaches will tell.

The relevance that this idea has to me as a teenager is that as someone who always loses stuff, I would love to just carry one piece of kit around. I want one device that plays music, receives my email, makes phone calls and surfs the web. Apple theoretically attempting to block this digital utopia is something that annoys me.

More conspiracy…
I thought I’d stick with the conspiracy theme. While this rumour is not true, it does highlight what is theoretically possible in an Internet where corporations are increasingly battling their customers. I refer, of course, to media piracy.

The rumour contains the following:

Apple and Microsoft have teamed up in an unusual and, until now, secret partnership. The two firms have developed unique anti-file sharing DRM (Digital Rights Management) technologies they say represent cast-iron guarantees of copyright protection. The technologies “ Apple’s Fair Play earbuds and Microsoft’s PowerHit“ are slated for beta release in time for the Christmas rush, say sources. 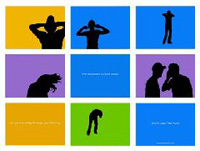 From December 1, all iTunes downloads will carry a new kind of Fair Play DRM, a direct negative feedback ‘watermark’ recognized by Fair Play earbuds and, ultimately, by other audio devices from manufacturers who sign up for the code, which was created under a joint SunnComm and Macrovision venture.

When an iPod (or other) user wearing the new audio devices plays an iTunes track not sanctioned by Organized Music (EMI Group, Vivendi Uiversal, Warner Music), Fair Play feedback ‘instructs’ the buds to emit a piercing, high-pitched scream in stereo at 250 decibels.

Sounds pretty nasty doesn’t it! My view is that as long as you never had any intention of going out and buying the music track, having a copy doesn’t deprive anyone of anything. It’s like saying that taking a picture of a painting in a gallery is the equivalent of taking it off the wall and running out with it.

The conclusion? While not true, this could very easily become a reality. Maybe not with Apple and Microsoft working together, because that would just be absurd, but extremely restrictive DRM that punishes the user for misbehaving isn’t such a huge step away, and it seems like the current DRM schemes are training consumers to accept more restrictive varieties.

The reason I am against this, is that as much as technology has changed things for the better, my generation has come to take it for granted. If something is invented when you are under the age of 10, you generally do. The problem with this, is that the next generation will come to take DRM for granted, and we will be the “fogeys” saying “In my day, we were allowed to share music we bought with our friends”>