Although not as well known as rival programs Adobe Illustrator CS and Macromedia Freehand, Xara has long been our vector program of choice, offering a simple interface, powerful editing tools, a comparatively tiny download (just 21 meg) and the ability to render pages at scorchio speeds that leaves the competition for dead. 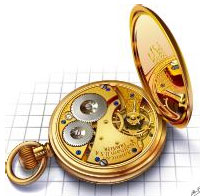 In this latest version, the Xara Picture Editor has been updated and a new Live Effects tool allows Photoshop and Xara plug-in effects to be applied to photos and vector graphics.

The rendering engine has been tweaked for even faster performance, with improved Illustrator compatibility and import/export tools.

CEO Charles Moir is extremely enthusiastic about the product, “It absolutely knocks the stuffing out of Adobe and the new Microsoft product. In terms of ease of use, shear flexibility and performance. Adobe has tried for 10 years to get close to our performance levels and cannot. Microsoft are not going to be able to either. I guarantee it.”

Xara have also announced that they intend to create Xara XTreme for Linux and Mac users in response to customer demand, with an Open Source version in the pipeline.

Moir table-thumped “We’re going to a place that Microsoft and Adobe cannot go. The Open Source world is the acknowledged largest threat to established giants such as Microsoft. We felt it was necessary for us to shake up the graphics world a bit, and making one of the most powerful, easiest to use graphics applications Open Source should do the trick.”