Cool, I want one!
Apple has unveiled a new iPod. Why is this news? Because the new device is miniscule and uses flash memory as opposed to a hard drive. This confirms the rumours that Apple were buying 40% of Samsung’s flash memory.

I think that Apple has unveiled a real killer here: It has a decent capacity, is small, cute and features a colour screen. And of course, Christmas is coming up (Shouts “Dad!”). 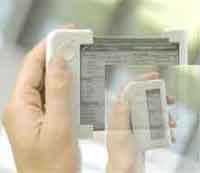 Ooh, Shiny, new and it rolls up!
Yes, Ladies and Gentlemen, we are still in 2005 and not 2020. Even so, Phillips has managed to come up with a prototype roll-up screen. What’s special about this screen is, surprise surprise, that it is possible to roll it up as you would a sheet of paper.

At the moment, the model they have is only a prototype, and can only display four shades of grey, but when it gets better to support more colours, I’m sure it will be an instant hit with makers of Mobile Phones and other applications where a large display and a small size is an advantage.

I personally thought the fact someone had finally developed something like this was pretty neat, very futuristic, and a useful invention. I, for instance, would love to have a small phone simply because it’s, well, small. I can’t currently get one however, because the ones that are the size I would like have tiny displays and no features. Hopefully this will now change. 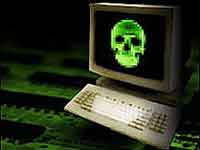 Allah says no
Meanwhile, there’s a new virus out (Windows only, sorry Mac and Linux users) that attempts to block people from surfing pornography Websites. If the virus finds specific sexually-orientated words in a URL, it will minimize the browser window and display a passage from the Koran.

At least the virus doesn’t damage any of your files! 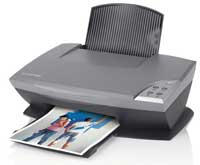 “Drop the ink cartridge and put your hands on your head!”
We’re told that Lexmark are attempting to outlaw refilling their cartridges. Apparently, as the ink cartridges are patented as one use only, Lexmark think they can enforce this on anyone running a business refilling ink tanks. Luckily, patents don’t apply to non-for profit activities yet, so it’s still safe to refill a cartridge yourself.

I think there should be bans about companies applying terms of use on something that a consumer has actually bought. If it belongs to you, you should be able to do as you wish with it!