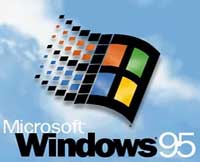 It’s Tin For Win95
Yes, that’s right, Wednesday marked 10 years of vaguely intelligent computing. 10 years ago, Windows 95 was released. It’s weird, because it’s 10 year old technology, but it really doesn’t seem that old: I still remember using it at school on old computers. Makes you wonder why Microsoft are still using a ten year old interface (OK, it’s shiny and got a plasticky look now, but you know what I mean).

The Washington Post has an interesting read on the subject here, basically an announcement they wrote about it at the time. It’s funny to read how some things about marketing campaigns for high-profile software releases have changed nowadays, and what parts have stayed exactly the same. One thing everyone will likely recognise is the hype!

As granddad would say: “It was better in the old days!” 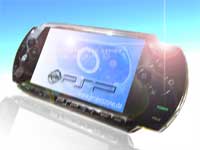 Browse the Web on PSP
Despite only officially being available in Europe from the 1st of September, the software updates for it have finally reached v.2.0. This latest update includes a host of exciting new features, including a Web browser and the ability to play AAC music tracks. These added features for a handheld gaming system that is already looking very promising, serve to make the gadget a must-have for every technology-conscious teen under the sun. Being able to browse the Web on the device, which incidentally has Wi-Fi technology, might even make it a laptop replacement of sorts. Beware though: The device has no keyboard, so typing long emails on it might become a little tiresome, as it uses a virtual on-screen keyboard for text input.

I have briefly played around with a PSP, as a friend of mine was in Japan and brought one back with him. The graphics look awesome, despite the text being Japanese, and I can’t wait to get my hands on one!

The Register is running a story on how Panasonic and Intel are working together to make a 12-hour laptop battery. Can’t wait for this technology to filter down to phones and other small consumer electronics, as battery technology is the one thing the vast majority of gadgets still seem way behind on. It’s all fine and dandy having a million and one functions in one device, but if the battery only lasts two hours, then to me, it’s no use.

Apparently, the technology works by adding a small amount of Nickel to the standard ingredients of a battery pack.

Remains to be seen how long this will take to mature, but in the meantime, I can always hope for cold fusion to arrive! 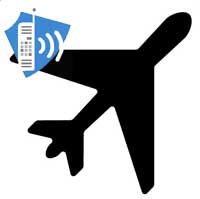 Upgrades To Flight Mode
With all the new gismos appearing on phones nowadays, it seems a shame to be unable to use them on a plane, ofcourse with all the wireless features switched off. This is why phone companies started introducing a concept called flight mode.

The theory behind this simple setting on a handset is to allow users to utilize all the features on their phones, when they’re not allowed to have anything that transmits radio signals. What, then, is the use of this if you’re not allowed to use it? I recently came back from holiday, was sitting there in the plane, minding my own business, trying to reply to some mail on my Blackberry, when a member of the flight-crew and asked me to switch it off. I tried to explain that a) it was in flight mode, and so wasn’t going to harm anyone, and b) that I had some work to do, so could he please leave me alone.

The flight attendant then stated that it was company policy to make people turn their phones totally off at all times, adding that I could use my laptop instead if I so wished. Now bear in mind the stupidity of this statement: My laptop has GPRS, 3G, Bluetooth and Wi-Fi connections, and would likely broadcast the hell out of anywhere, and the flight attendant would rather I use it than my phone which is innocently sitting in there flight mode, not bothering anyone. Trying to explain this resulted in a rapid degrading of his ability to speak English and ended with him just pointing to my laptop and sticking his thumbs in the air. The airline, which shall remain nameless for now as I don’t want to stir up any trouble, will not be receiving my custom again. When will airlines realise that they have to be nice to people and move with the times a bit more to receive their custom? In these days of cut price travel, it’s all about value-added services, and this certainly is one of them.

I was interested then because of this, about what I read regarding the Consumer Electronics association trying to make it possible to easily determine whether a phone is in flight mode or not. Can’t wait to see some results, but I fear it may then still be a case of training flight crew to know what it means.