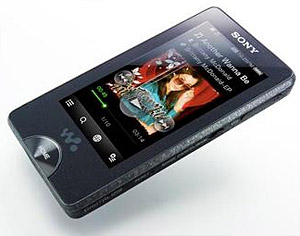 Sony has hoisted a vast box of its new X Series Walkmans into the air and given them a hefty kick towards the general direction of consumers at a UK launch today.

Looking to take on the mighty iPod Touch, the new Walkmans look pretty good to our eyes, sporting a 3in touch-screen and coming in 16GB or 32GB flavours, capable of ferreting away up to 7,000 songs or 40 hours of video.

The new Walkmans also come with built-in Wi-Fi, letting users surf the Internet or watch YouTube clips whenever they drift into a wireless hotspot, as well as groove around da ‘hood listening to the onboard FM radio.

Folks over the age of 25 will fondly remember when Sony ruled the personal media player market, with their original Walkman range being cooler than a spliff-smoking Polar bear on ice skates back in the 70s, but Apple have long since grabbed the market with their iPod range.

Sony spokesman Wes Deering was insistent that things are going to change, Oh yes, indeedy! “This is really a new era for the Walkman, and it has been a while since we have had a product we are this proud of,” he purred 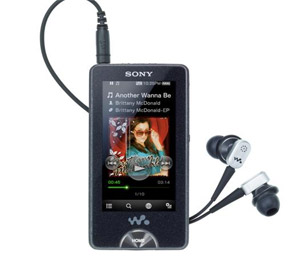 “We have worked very hard to make this the best quality portable audio and video player on the market,” he continued, adding that they’d worked closely with their, “home cinema team for the audio, with our TV people for the screen, and we are very happy with what we’ve produced.”

Puffing up his chest and getting ready to rumble, Deering laid it down to the boys at Apple, “while the iPod is a very good product, we believe that people who value quality will prefer the X series.”

If that’s whetted your appetite, form an orderly queue at the till and wave your plastic around to the tune of £209 for the 16GB version, or £279 for the 32GB model – making it a smidgen cheaper than Apple’s similar iPod touch devices.