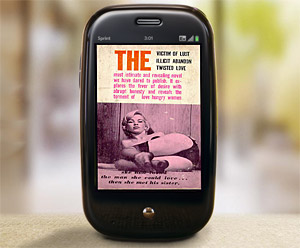 We’ve chewing our fingernails off waiting for the Palm Pre to finally land in the UK, but in the US a few celebs have been allowed to put their pampered paws on the phone – and it seems they’re liking what they see.

Angelina Jolie purred with joy after being slipped a Pre and Playboy mag swiftly kicked their iPhones off the black satin sheets and got jiggy with the Pre, declaring it to be the sexiest telephonic beast on the planet.

Of course, like most well-balanced humans, we couldn’t give a monkey’s chuff what celebs think of, well, anything, so we’ve found developments elsewhere more interesting.

Yesterday, financial blog Barrons.com noted the continuing rise of Palm’s stocks, reporting that the Bank of America/Merrill Lynch analyst Vivek Arya had predicted bumper sales of up to 2.5 million Pre smartphones in the second half of 2009, with as many as 6.2 million handsets being shipped the following year. 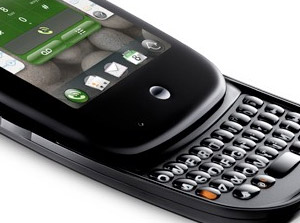 Old Palm app to run
There was also good news for old school Palm users who were feeling left out by the new webOS, with a new emulator offering full support for all the old Palm applications.

Developers have also been feeling the love for the new webOS that powers the Pre, with Networkworld.com finding that the software is definitely living up to the hype, offering fast and stable multitasking with an intuitive interface.

Tom Conrad, CTO for Pandora, was well stoked by the new OS: “Your application is running as though it were a kind of series of dynamic Web pages in an embedded browser. It’s not compiled into ‘non-Web code.’ It executes within a true Web environment.” 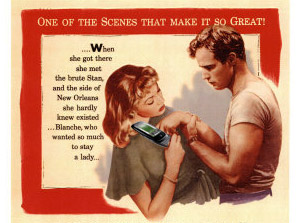 Vice president of business development at Pivotal Labs, Christian Sepulveda, was also puffing on the pipe of chuffedness, enthusing, “It’s a completely new way of thinking about an OS on mobile devices. webOS has fully embraced the notion of applications running at the same time, as PCs do. You can now write applications that are more complex.”

Short of us suddenly landing an starring role in a Hollywood blockbuster, it looks like we’re going to have to wait with everyone else for the release of this hugely anticipated handset. Palm have stuck firm to their announcement that the Pre will be released in the first half of this year, and many pundits are suspecting that 17th May will be the date it hits stores in the States.

One thought on “Playboy Gets A Stiffy For The Palm Pre”