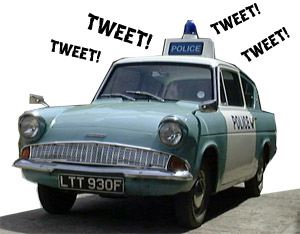 Mass outbreaks of twittering are taking place all over Blighty with new figures showing that the amount of people using the social messaging service have not just gone through the roof, but they’ve passed the aerial and are carrying on into the stratosphere.

Market research boffins Nielsen Online say that the amount of people using Twitter rocketed by 1,689% from February 2008 to February 2009. There’s now more than than 1.78 million people now signed on in the UK, compared to just 100,000 members last year.

Celebs and politicians have been quick to join the rush, with Barack Obama, Jonathan Ross and Russell Brand all busy twittering away, with UK comedian Stephen Fry being one of the most popular users on the planet.

Twitter might be creating a bit of a flap, but it remains but a mere breeze compared to the tornado of popularity of the leading social networking site Facebook, which boasts 17.8 million users and steady, strong growth of 114%.

Business Twitterings
A recent study from mobile phone operator O2 found that zillions of British small businesses were digging that Twitter thing, with 6,000 signing up every day. 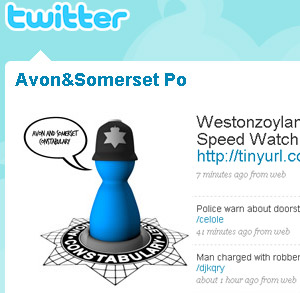 According to their survey, an estimated 700,000 small businesses were already using the service, finding it a handy way to cut marketing costs and keep in touch.

Talking to the Guardian, Workdigital said that their service could build a simple advertising-supported service, similar to Google, by pulling certain messages out of the site.

“The pool of data of Twitter is really not valuable until it can be organised,” explained Henry Mackintosh, Workdigital’s head honcho of marketing.

“We scan millions of tweets but also drill down a bit further to create a very strong contextual search. There are about 25,000 jobs mentioned on Twitter and thousands being added every hour,” he explained.

Police and twitterers
Even the cops are getting in on the Twitter thang, with the Avon and Somerset Police being one of the first forces in the country to sign up.

Users can read the latest news and appeals from the fuzz via Tweeter feeds or on their dedicated Twitter page which can be found at www.twitter.com/aspolice.

Scott Fulton, the Constabulary’s eServices manager commented: “We have already seen a huge success through our use of Facebook, Youtube and other social networking sites to engage with our local communities and support our on-line services.”

“Setting up our news feed with Twitter seemed the next logical thing to do. It was so easy to set up as well with our page being up and running within five minutes,” he added.

The Avon and Somerset cops are so down with Da Kidz that we suspect they wear their helmets the wrong way around and shout, “Yo! Dude! Yo’ ass is mine!” when they bust perps.

Heck, these law-enforcin’ dudes are so hip, they’ve even got their own Facebook and YouTube sites. Bodacious!