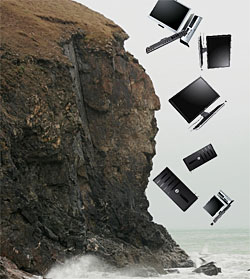 Sales of personal computers are set to tumble by double digits this year for the first time in history of computing.

The claim comes from analyst firm Gartner, who predict shipments of PCs to crash by 12 per cent this year, with sales for 2009 pegged to 257 million units.

The last major dip in PC sales was way back in 2001 following the ‘dot-bomb’ Internet crash, but shipments only fell a relatively modest 3.2 per cent.

There’s been an icy breeze circulating around the industry for some time, with tech companies like Seagate, Intel, Nvidia, Advanced Micro Devices and Western Digital all witnessing plummeting sales. 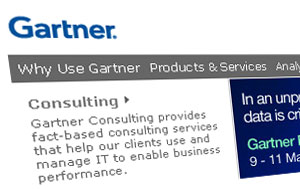 It’s all doom and gloom for desktops, with Gartner expecting a mighty 32 per cent drop in sales next year, although sales of laptops are predicted to increase by 9 per cent.

Netbooks continue to buck the trend, with Gartner expecting sales to soar to 21 million units in 2009 – nearly double compared to 2008’s 11.7 million total.