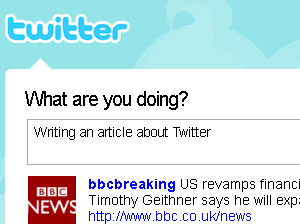 Unless you’ve been living under a cyber-rock for the past month or two, you’ll know that Twitter has become the most talked about service on the web, and its growing popularity has been reflected by the site shimmying its way into the top 100 UK website listings.

To be honest, some of us in Digital Lifestyles are still struggling to come to terms with the usefulness of the micro-blogging and instant-notification system, but with schlebs like Stephen Fry and Jonathan Ross visibly frothing with enthusiasm for the service, its continued growth seems assured.

After giving his account an almighty plug on Jonathan Ross’s TV show recently, Stephen Fry is now the second most popular person on Twitter after US President Barack Obama, with over 160,000 followers worldwide enraptured by his every Tweet. 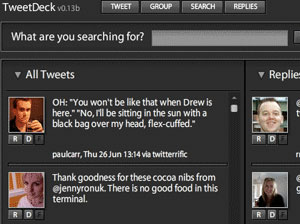 It may be the talk of the ‘Net, but Twitter has got a long way to go before it starts to challenge the online majesty of the biggest social-networking site, Facebook, which accounted for no less 40 per cent of all visits in Hitwise’s social-networking category for the UK.

However, Robin Goad of Hitwise commented that Twitter’s hit rate is actually be higher than the figures would suggest, as the company only measures visits to the Twitter website and not to popular third-party applications like Tweetdeck and Twitterfox.