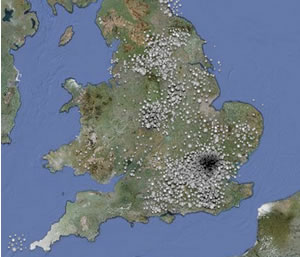 Another day, another use of Twitter. Today it’s being used to report the levels of snow falls around the UK.

All very useful individually, but the power of a mass of people reporting this information is when it’s brought together.

Clever-stick Ben Marsh has gathered the mass of this data and mashed up a map to show how the snow is covering the UK. Well done Ben, in particular for getting it put together so quickly.

If you want to join in with it, Tweet the first half of your postcode, plus the amount of snow you’re seeing

If you’re taking photos of the snow and its effect, these can be added too using twitpic 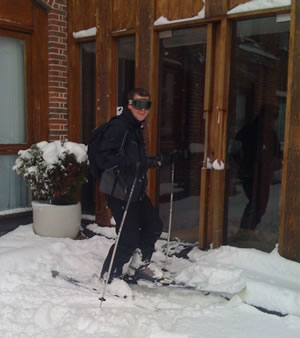 Skiing to work
Here’s a giggle that came to us via Twitter, Brendan McLoughlin (@brenmcl, blog) in Aldershot, Hampshire tackled the snow falls and the difficulty of getting to work that comes with it, with a novel approach – by UK standards at least – Skiing there!