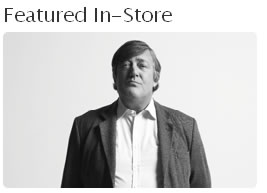 Police riot vehicles might be needed on 2 Feb at the London Apple Store, as Stephen Fry – TV broadcaster and Twitter’s sometimes head of publicity (he and sometimes-TV presenter Jonathan Ross were gassing on the box about it on Friday night) – Not now, we understand that it’s been cancelled.

If it is, Twitter better prepare the Fail Whale (shown when Twitter is overloaded, as Twitter-ers some frustrated, others jubilant for making it in, Tweet their little socks off about the ensuing carnage.

Thanks to Anniemole for the pointer.