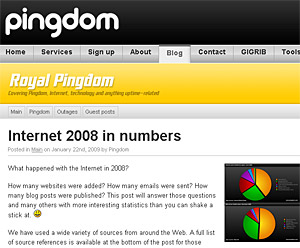 Over 210 billion emails were sent every single day in 2008, according to recent research by the Web site performance business firm Pingdom.

The company with the funny name estimated that steenkin’ spam accounted for 70 per cent of all email sent, with the total spam count for the year being an almost unfathomable 53.8 trillion emails.

The total number of websites on the Internet at the end of last year was recorded at a staggering 186,727,854, with around 31.5 million new websites being added during 2008. 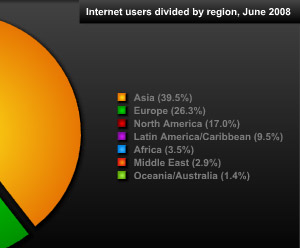