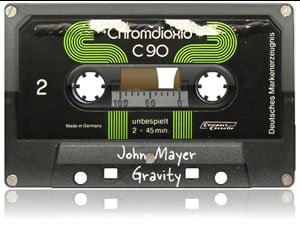 If you haven’t heard, mxiwit, the great Web service that lets people create their own online mixtape, complete with a player that looks like a real old compact cassette tape with rotating reels, is closing, describing their situation as being “between a rock and a hard place.”

There’s two pieces of good news to add to this sad news.

They’re delaying turning off profiles until Dec 27th, up from 21st as originally announced, so more time to continue to play with it.

The second, possibily more long term good news, is that Radley and Mike, the developers of MixWit, are considering donating their source code to the OpenTape project.

OpenTape
OpenTape is an open-source, free approach to people creating mix tapes, but without the restriction of there being a central point of failure. ie the businesses behind the idea being shut down, either from pressure of lawyers or finances drying up.

Another popular online mix tape service, muxtape, shut its doors earlier in the year following considerable pressure from music labels and the RIAA.

Justin Ouellette, who is behind muxtape, hopes to reopen, just allowing musicians to put their own music on the tape – avoiding any possible trouble from the music business.

When will the Music Biz finally understand?
Seeing project like OpenTape sprout up, from the adversity created by music labels, their lawyers and the RIAA pressuring services is further proof, if it were still needed, that the music biz will never stop this kind of service, where people want to share music with other.

As we’ve been writing for over seven years, they need to work with and around it, not against it.

The irony is not lost that they’re not listening to the broken record.