It’s possible that some people reading this won’t have heard of Sun. They’re a big computer company that has gone through many iterations (during the dotcom boon their moto was “The computer is the network”).

We’ve covered a background below to get you up to speed on Sun, but before that, we’ve got an overview on the Sun Startup Essentials, which is aimed at start-ups.

Sun Startup Essentials explained
Sun have been running their Start-up Essentials program in the US for a while and it’s now been introduced in the UK and Ireland.

It’s free to join, but the company must be a start-up and in operation for less than 6 years.

Once accepted, companies get access to help from Sun (could be an engineer to sort out a tricky issue or free training) and discounts on hardware – which can be significant.

They can also offer discounted hosting and have agreements with various hosting providers.

There are limits – a start-up is only allowed to purchased £75,000 worth of hardware a year – but that buys quite a lot of CPU.

Of course their aim is that you’ll continue to use Sun hardware and software as the company grows, so they’re taking some risk initially to help you succeed. If the start-up works, hopefully it will work for Sun too.

It’s really a no-brainer if you’re a start-up.

So, to the background on Sun … 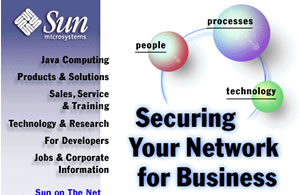 Sun: A brief recap
When they started, they designed really cool workstations and they ran a cool operating system – SunOS – which was based on a BSD kernel and architecture.

They also developed their own CPUs (Main computer chips) known as Sparc which were RISC (Reduced Instruction Set), fast and came out with lots of software (NFS or Network File System for example which they gave away, making it adopted in virtually every other operating system).

They then moved to an operating system, Solaris, which many people criticised as being slow and it got the moniker of Slowlaris (though in reality it’s pretty fast whether it’s running on Sparc or PC x86).

Other goodies Sun have come out with are Java and other cool things like ZFS and DTRACE which we won’t go into, but take it from us, they are very cool bits of software. 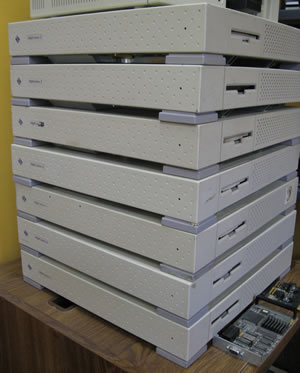 Sun Hardware
Sun still make a range of hardware both workstations and servers. These come in many flavours supporting Sparc and x86 (both Intel and AMD CPUs). Sun want to sell hardware and are now being pragmatic and don’t care what you run on it. So if you buy an x86 server, yes they’d prefer it to run Solaris, but they’ll happily support it with Linux or even Windows.

Sun hardware used to be expensive and the really big servers still are (but then a system with 256 CPUs is never cheap), but the lower and medium end systems are competitive when pitched against servers from other vendors.

Sparc-based servers (and they come with CPUs with 4, 6 or 8 cores and run Cool Threads) can be much better at running certain applications than x86 CPUs, and Web servers fit into this category. Sparc servers aren’t necessarily more expensive than x86 servers.

Sun’s software stack
Many systems run on LAMP (Linux/Apache/MySQL/PHP [or Perl or Python]) and that’s been a standard configuration for a while.

In the past it’s been incredibly hard to implement AMP on Solaris (it was painful in fact).

Solaris also comes with new versions of Apache/PHP/etc. so it’s easy to migrate from a LAMP environment to a SAMP (Solaris/Apache/MySQL/PHP) environment, and Sun are encouraging people to do so.

Utilising Solaris (especially with ZFS) means highly scalable systems can be designed and operated which can be small at first and grow as the requirements do, with minimal intervention and redesigning everything from scratch.