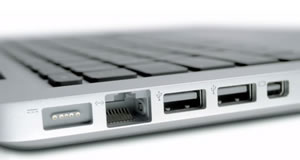 As sure as night follows day, another Apple MacBook range was launched yesterday.

Of course things about it are xTimes faster than the previous models and the clever Apple marketing leads you down the path that you can’t live without it — don’t get us wrong, we’re not immune and are tempted to trade up our 3+ year old iBook, especially with the reduced prices of the new machines.

There’s a video been released featuring the people behind the product – The Steve is nowhere to be seen.

The video is of such extraordinary visual quality, we were almost breathless. It’s the best I’ve ever seen in over ten years of creating video online. A great advert for Apple Quicktime – and for the size of their bandwidth budget(!).

Passion For Product
It focusing mainly on the creation of the one piece aluminium body. Jony Ive, who has been credited with transforming the look of Apple’s products over the years, looks like he’s pouring his heart out (no reasons to think he isn’t) over how they’ve agonised over each and every detail of the new Macbook. This peaks with his announcement that the inside of the machine is even more beautiful that the outside. 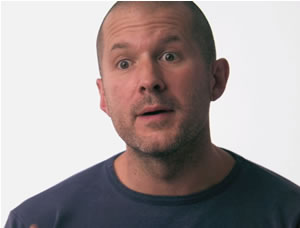 While the Apple-ers also describe how the machine is as green as it possibily can be, we can’t but fail to notice the speed that Apple bring out new machines – it’s just over a year ago that the last New Apple MacBooks were released.

What about the long term?
Put aside for one moment the anger of those who have just bought new MacBook’s, what will those who upgraded a year ago to the the new machines do with their (perfectly serviceable) machines?

As Gavin Starks of AMEE said in a soon-to-come out interview we carried out at FOWA last week, “Why are products being designed to only last for a short period of time? With reference to the iPod, “Within 18 months of a products release, they’re effectively landfill. That’s atrocious.”

As has been said before, “There is no such thing as throwing away – there is no ‘away’.”

How about Apple put their very capable brains into designing a machine that isn’t superseded every 12- 18 months?

3 thoughts on “New MacBooks: How Often Is Too Frequent For New Machines?”