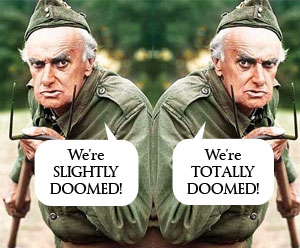 Pencil-scratching fisticuffs are expected to erupt amongst rival groups of boffins who are forecasting quite different outlooks for technology spending trends next year.

Gartner Research reckon that next year’s information technology spending will go from a modest increase to a virtual blip, while the soothsayers at UBS Securities are predicting a grimmer outcome.

IT spending is expected to bumble along at a mere 2.3 percent growth next year (way down from earlier projections of 5.8 percent growth) according to Gartner, with the doomier forecast a result of the recent market pressures and the tightening of credit markets.

“Developed economies, especially in the United States and Western Europe, will be the worst affected, but emerging regions will not be immune. Europe will experience negative growth in 2009, the United States and Japan will be flat,” grumbled Peter Sondergaard, global head of research at Gartner. 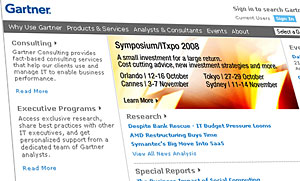 Gartner said it expects IT spending to be hit hard in the fourth quarter of this year thanks to the recent economic shenanigans, but the company doesn’t believe the full year’s outlook for IT spending will substantially change.

However, the emo boys at UBS take an even gloomier view, predicting that we’ll end up with a 5 to 15 percent drop in IT spending compared to last year, with the reduction blamed on company revenue pressures, write-offs and cash saving measures, coupled with cutbacks in new technology spending.

The news for 2009 looks grim too, with the black-eyeliner UBS analysts saying that they wouldn’t be surprised to see IT spending fall by a similar amount.