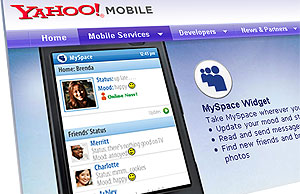 Industry giants Facebook and MySpace are the most popular social networking websites for mobile phone users, according to figures released by ABI Research.

Their survey found that nearly half (46 per cent) of people signed up to social networks have also whipped out their mobile phones to access the sites.

Of this group, just under 70 per cent visited MySpace on their mobile phone, with Facebook not far behind at 67 per cent. This put the two websites way ahead of the rest, with no other social network able to summon up more than 15 per cent mobile adoption.

“As in the online social networking space, there is clearly a large gap between the big two (MySpace and Facebook) social networks and the others,” observed research director Michael Wolf.

“ABI Research believes this is because consumers do not want to recreate entirely new and separate social networks for mobile, but rather want to tap into their existing social network and have it go with them via the mobile phone. For most, this means MySpace, Facebook, or even both,” he added.

The popuartity of both sites to mobile users has been helped by the availability of free dedicated applications and widgets for various mobile platforms, including the iPhone/S60/WM Yahoo MySpace widget and the Palm Facebook client. 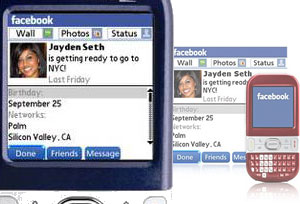 The study also found that about half of respondents accessed social networking sites on their mobiles to check all-important comments and messages from chums, while 45 percent busied themselves ensuring that their status updates were regularly attended to.

It’s not surprising to find Facebook and MySpace at the top of the pile in the mobile world, with the figures reflecting their dominance in the U.S. social networking market. Recent figures from Hitwise revealed Facebook’s traffic to have soared by 50 percent since last August, earning the company nearly 21 percent of the market, while MySpace still rules supreme with a massive 67.5 percent of the US social-networking market.

Here’s Mr Wolf one last time to splatter some buzzwords over the page: “The social network is increasingly becoming a central hub for communication across online and mobile domains for many consumers,” said Wolf. “To a degree, it allows them to centralize messaging, communication and even digital media consumption through a centralized property on various screens. We believe this centralization of a consumer’s digital lifestyle through social networks will only increase adoption of mobile social networking in coming years.”