Excitement is rising in the Digital-Lifestyles offices for the upcoming Future of Web Apps event in London later this week.

The conference is running this Thursday to Friday, 9-10 October, with workshops running through out the Wednesday.

Digital-Lifestyles will be there, covering it live as and when we can – time and bandwidth allowing.

You want high profile speakers? – they’ve got them! Try these for size, Mark Zuckerberg of Facebook, Kevin Rose of Digg, Blaine Cook ex of Twitter, the list goes on.

Sessions that look particularly interesting to us are 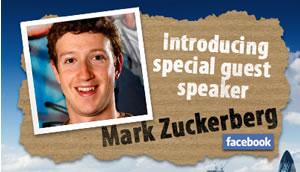 The next day looks like it has less of immediate interest during the start, but picks up just before lunch with

These events are usually brilliant, not just with the sessions that you attend, but from the discussions that you have in the halls between sessions. The swapping of ideas can be incredibly invigorating.

We understand that there might be a few tickets left, so jump on board.