We’ve been pondering, prevaricating and putting off buying a netbook for ages, endlessly checking the spec sheets of competing models, waiting on new model updates and then holding off buying because another ruddy even better one had just been announced.

We’ve now resolved to buy the thing this week – even if the Ultimate Netbook Killa is announced tomorrow – and so we thought we’d let you into our decision making process, and perhaps you could influence our choice with with your own advice and opinions before we flex the plastic.

First off, let us explain what we’re after: we want a netbook that is small and light enough to carry around all day and with a good battery life and a decent screen. 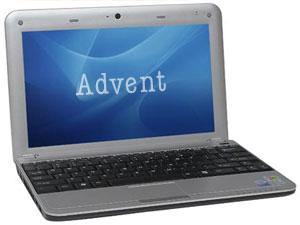 We’re not after a fully fledged laptop replacement (which is a good job considering the low grunt of Atom processors), but we’re looking for something that won’t fall over or grind to a halt on basic duties like web browsing, document writing or perhaps the occasional minor photo edit.

Linux or XP?
Most netbooks come in both Linux and Microsoft XP powered flavours, with the Linux version invariably being cheaper. Although the mere mention of Linux might conjure up images of pimple-bothered, coke-swilling techies sweating over some obscure command line code, the interface installed on netbooks is now as easy to use as Windows.

There’s also tons of highly capable free programs available for the Linux platform, but in the end we elected to stick with what we knew best and look for an XP-powered laptop.

The 10+” screen contenders
Seeing as we always like to start off with the priciest, the HP Mini Note 2133 first caught our eye with its fantastic keyboard, good specs and high end looks, but it really was too pricey an affair at £350 upwards – and reports of its deeply average battery life meant we crossed it off our list early.

The MSI Wind also looked mighty good, coming with a slew of positive reviews in it wake, but again the £340 price tag was high enough to make us think twice. 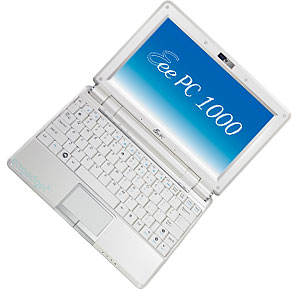 Of more interest to us was the Advent 4211 from PC World, which is basically a rebadged MSI Wind in a slightly more dour package for the bargain price of £280. We were really tempted by this one because there’s no doubting that this is a spectacularly good deal.

We took a particular shine to the look of the Lenovo IdeaPad S10 Netbook but seeing as that still hasn’t been released here, we had to discount it.

The more we looked, the more we began to lean towards the Asus Eee PC 1000H, with its mighty “up to 7 hours” battery life being the clincher, so we headed into town ready to splash the cash.

As soon as we got into the shop and got our grubby mitts on the thing, we suddenly felt a nagging doubt in our heads. Isn’t it, well, just a bit big?

Mindful that the whole point of the exercise was to buy a highly portable and long lasting ultra mobile laptop, we decided that we needed to step down a size and cast our eyes at the smaller 9″ screen models.

We’ll give you our thoughts in the next instalment…

4 thoughts on “Desperately Seeking The Perfect Netbook – The 10″ Choices”