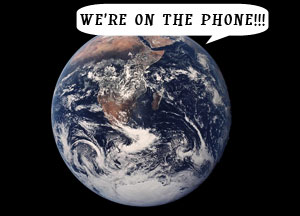 The head of the UN’s agency for information and communication technologies has gazed deep into his crystal ball and predicted that there will be 4 billion mobile phone users by the end of this year – which equals more than half of the planet’s estimated 6.7 billion inhabitants.

Speaking at the UN’s session on the Millennium Development Goals in New York, Hamadoun Touré, secretary general of the International Telecom Union (ITU), said that growth had been driven by consumers in developing markets such as China, India and Latin America.

The whole world has gone mobile crazy over the last eight years, notching up average year-on-year subscriber growth of 24%. In 2000, just 12% of the world’s population had a mobile phone, but that figure has already soared past 50% and is on track to hit 61% by the end of 2008.

Plummeting handset prices and ropey land lines have made mobile communications all the more attractive to consumers in developing countries and markets. 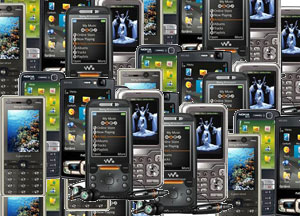 Developed markets such as western Europe have long reached saturation point, so many of the telecom big boys are looking to cut themselves a slice of the action in the developing world.

Africa and the Middle East are the two fastest-growing regions, with yearly growth expected to hit 27% and 25% respectively, with Asia-Pacific not far behind on 23.6%. In India, Bangladesh, Iran, Ivory Coast, Uganda and Afghanistan, operators have also recorded the fastest growth so far this year.

The GSM standard -as is used in the UK and Europe – remains the most popular worldwide and is expected to account for 80% of the total connections by the end of this year, with CDMA family technologies (China and the USA) having just 10% share, with the remainder using high-speed 3G networks.

Joss Gillet, top dog analyst at Wireless Intelligence was upbeat about the industry’s future, saying that he expected to see a “relatively healthy growth in mobile revenues for operators in western Europe where competition is getting tougher.”