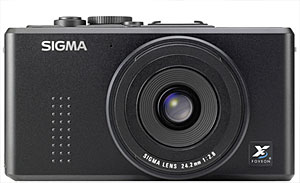 Sigma’s first stab at producing a high end, pro-luring digital compact failed to feel the love of the photo cognoscenti despite the big juicy dSLR sensor lurking inside, so the company have tried again with their updated version 2.

There’s certainly not a lot of change to see on the outside, with the camera sharing the same understated black lines as its predecessor, and there’s been no change in the sensor department either, with the same 14 megapixel (2,652×1,768×3 layers) direct image sensor inside.

The lens has been improved, upgrading the glass to a faster F2.8 lens fixed at 24.2mm – which works out to an equivalent to 41mm on a 35mm SLR. Personally, we’d prefer a more wideangle lens (say 28mm or 35mm) as that would seem more appropriate for a street shooting little fella like this. 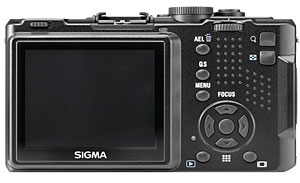 Improved processing
The first version of the camera was noted for its image quality but marred by sluggish performance, so we’re hoping that the improved TRUE II (Three-layer Responsive Ultimate Engine) image processing software moves things along a bit quicker. 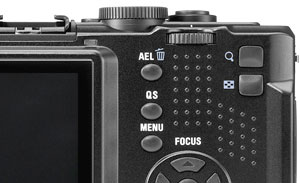 The camera also offers a RAW recording mode with the RAW data format keeping brightness and colour data in a 1:1 ratio without relying on interpolation.

Sigma have stuck with the same 2.5 inch TFT colour LCD monitor, which is a tad disappointing considering that several other unmarket digicams have moved up to more impressive 3″ screens.

We tried to get our hands on a review model from Sigma the first time around to no avail, but we’ll try again because this is a camera we’re very much interested in. In the meantime, expect a review of the excellent Ricoh GX200 soon.