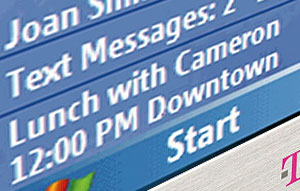 After casting envious looks at the hugely successful AppStore for the iPhone and hearing about Google’s proposed Android Market for the Android smartphone platform, Microsoft looks set to belatedly join the online mobile apps store party.

A job listing placed on the Seattle-based Computerjobs.com website appears to have given the game away, with Microsoft placing an advert for a senior product manager for “Skymarket”.

The job is described as “a unique opportunity and time of rapid change in the mobile industry for a senior product manager in the Mobile Communications Services team to drive the launch of a v1 marketplace.”

Microsoft look like they’ll be going hell for leather on this one, posting up that the successful applicant will be responsible for preparing and driving “the cross-group collaboration for the initial launch of the marketplace offering to the developer community this fall.”

Microsoft’s tardy entry into the mobile applications marketplace doesn’t exactly inspire, seeing as Apple’s App Store has already raked in a cool $30 million of revenue in its first month of sales alone, and Google had announced their Android Marketplace before the mobile operating system has even reached the market.

Despite the flapping scramble to catch up with Apple and Android, it appears that Skymarket won’t enjoy a full commercial release until the release of Windows Mobile 7, slated for late 2009.