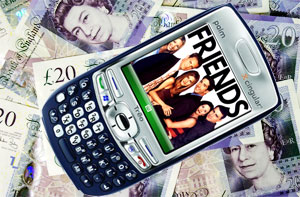 A Manchester- based IT consultant returned from a holiday in Portugal to find something worse than the dull northern weather to greet him in the shape of a hefty £31,500 telephone bill.

Finding himself dissatisfied with the entertainment on offer in Portugal, Iayn Dobsyn had elected to download an episode of Prison Break and a load of MP3s by using his mobile phone as a modem.

“The original figures looked like they had come down from the moon. I just laughed. There had to be some mistake. I knew I had used a lot of data while abroad, but not to the tune of £31,000,” he exclaimed.

Sadly, for Mr Dobsyn, he’d failed to check the limits set on his data plan, and he joined the long queue of punters who have been hit with Everest-sized bills when using data abroad.

Earlier this year, a Vodafone customer was slapped down to the tune of £27,000, after he’d downloaded a load of television shows via his mobile data package in the mistaken belief that he was on an unlimited data plan. Whoops!

In March, another Vodafone customer received a wet-fish-faceslap to the tune of £11,000 phone bill. To add insult to injury, the wallet-busting charges were incurred after his wife had started to download four episodes of the dire comedy show ‘Friends’ on the handset while still in the UK, with the downloads continuing while they were abroad. 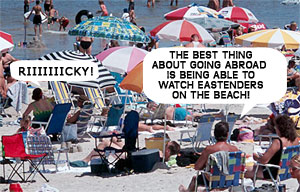 Happily, telecoms companies will often substantially reduce the charges, either through being asked nicely or by getting legal on their botties: after employing a firm of solicitors, Dobsyn got Vodafone to slash the charges to just £229.

The next thing he remembered was waking up six hours later with the receiver still wedged against his ear and the dulcet tones of the manager still serving up the tactical gems. The subsequent phone bill was, not surprisingly, enormous, but after some doe eyed pleading, he managed to get it down to a still-painful £300.

Back on topic, the EU investigated the high cost of roaming data charges a while ago and placed a deadline for the beginning of this month for suppliers to alter their pricing plans.

We haven’t seen any change in our data rates, so where’s the action Eurocrats?

2 thoughts on “Vodafone Customer Slapped Down With £31,000 Data Roaming Charge”