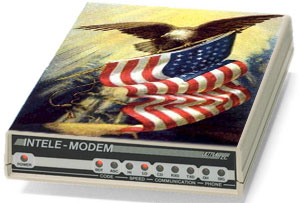 Broadband adoption in the US is slackening off with many dial-up customers saying they haven’t the slightest interest in upgrading to high speed broadband connections.

The latest study from the Pew Internet and American Life Project revealed that the number of American homes with a broadband connection now stands at 55 per cent, with one in ten Americans currently still using Ye Olde Dial-up connections.

Pew’s research found that nearly two-thirds of dial-up users were choosing to stick with slower connections, although
35% said they’d switch if the price fell, while 19% said nothing would tempt them to switch as they were happy with their current service.

The lack of availability proved to be another factor in holding back broadband growth. 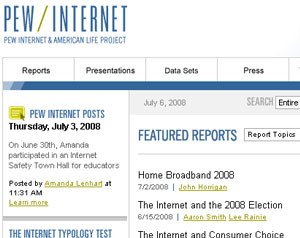 The study found that there’s still some work to do on bridging the digital divide, with over a quarter of Americans having no Internet access at home – and the majority of those folks were either elderly or on low incomes.

“Although these demographic and socio-economic factors are powerful forces keeping some people off the net, many non-users are not completely disconnected from cyber-space. Some 21 per cent of non-users said that someone in their household uses the Internet at home, and a fifth of current non-users have used the Internet at some time in the past,” the report added.