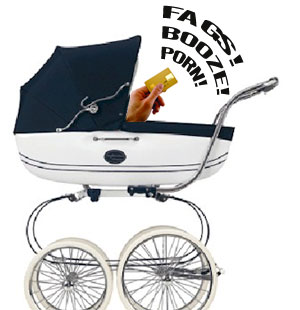 The UK bank, Lloyds TSB, have kicked up a fuss with their decision to give children as young as eleven years old VISA debit cards – without telling their parents.

While the company is happily dishing out Visa debit cards to kids, furious parents are concerned that their little loved ones will use the cards to go shopping in the murky, dark areas of the Internet. 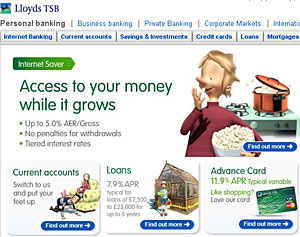 A gloriously naive Lloyds TSB claimed that they wrote to their cashcard-holding customers under the age of 16 to let them know they could have a debit card but made it clear that they should let their parents know – like that’s going to work!

When asked to defend their decision not to inform parents before sending the debit cards to children, the Lloyds TSB spokesman countered: “We don’t always have the parents’ contact details or know the family’s circumstances. There are cases where the child might bank with us but the parent might not.”

However, parents or guardians can ask for the cards to be blocked – if they ever find out that their kids are using one, of course.