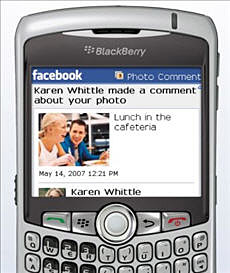 Accessing social networking websites on your mobile is apparently the “next big thing” according to the spods at Neilsen Research, with UK users leading the European vanguard.

Their research has revealed that 1.7 per cent of UK mobile phone subscribers (that’s 810,000 users) have used their Internet enabled handsets to visit popular social networking sites like Facebook, Bebo and MySpace during the first quarter of this year.

This figure puts us a badger’s nadgkin ahead of the December 2007 European average of 1.6 per cent, and on a par with US levels.

“In the UK and the US especially, we already see millions of users of MySpace, Facebook and other social networks interacting with their virtual spaces while on the go,” he added. 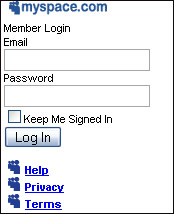 In the States, MySpace has proved to be the biggest hit among mobile users with Facebook in second place, but it’s a different story in the UK where Facebook rules supreme, notching up 557,000 unique users each month during Q1. Way down the rankings in second place, MySpace could only muster 211,000 UK users in the same period.

It’s all different in many parts of Europe too, with Microsoft MSN Windows Live Spaces grabbing the number one slots in Italy (with 154,000 unique mobile users) and France (106,000) and coming a credible second to MySpace in Germany with 45,000 users.

One thought on “The UK Hearts Mobile Social Networking”