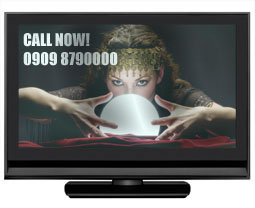 The new rules make it clear that both radio and TV programmes cannot, as their primary focus, be encouraging viewers to call in using PRS. The focus should be editorial.

There’s also a limitation of only charging the viewer using PRS, not allowing the additional charging of credit or debit cards.

Ofcom specifically highlight the currently broadcast format of quiz, psychic and adult chat TV as needing to change significantly in order to fit within the proposed rules.

Background
There was a huge shake up in the TV world following revelations that TV viewers entering competitions – paying considerable sums for their phone call – had no chance of winning the competitions that they thought they were entering.

Once exposed, TV bosses realised that by behaving in such a cavalier way, they were destroying their most important connection with their audience – Trust.

There were periods where ITV put significant amounts of effort and airtime into generating income using PRS. Indeed much of the night used to given over to shows whose sole purpose was to encourage punters to call premium rate phone lines for a chance of getting through to a studio, to answer some daft question, on the vague chance that it might be correct.

Ofcom only has control over the TV broadcast world – not Internet-based channels, so any ruling that they do achieve could be circumnavigated by running it online.