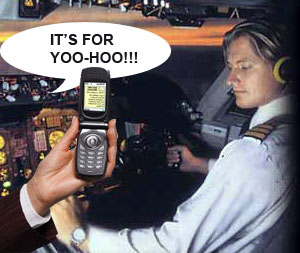 After being told for years that making a mobile call on a plane was likely to send the aircraft plummeting to the ground in flames, EU’s regulators have cleared the way for passengers to enjoy loud earfuls of, “HELLO? I’M ON THE PLANE!”


The new EU ruling means that airlines will be able to offer air travellers the ability to use their mobiles on flight in Europe. Passengers will be able to use both voice and data services and send and receive SMS messages on planes fitted with the necessary equipment.

Although opinion polls to date have shown that most airline passengers are filled with the horror at the prospect of being stuck next to some loud chatterers booming into their cell phone during flights, Air France has already announced their intention kit their planes out with the mobile gear.

However, Lufthansa – the largest airline in Europe in terms of overall passengers carried – hasn’t warmed to the idea at all, pointing out that they wish to respect their passengers’ wishes for a yak-free flying environment. 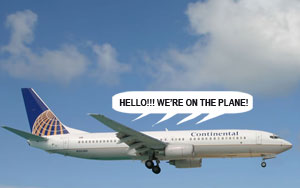 For those airlines carrying the service, the European Commission has said that it intends to pressure companies into keeping the cost of in-flight voice and data calls at a ‘reasonable’ level (probably similar to international roaming rates), although no plans for introducing formal price limits have been announced.