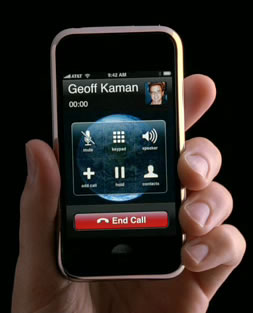 The hype around Apple — this time it’s the iPhone — continues unabated.

Yesterday, the world’s technology press fell at the knees of the altar of The Steve, as he gave … get ready for it … a _preview_ of version 2.0 of the iPhone OS. Yes … that’s right, not a release, but a preview. Shocking the level of hysteria they can generate isn’t it?

Do you think they might have copy and paste from emails built into this edition?


It’s scheduled to come out to the Joe in the street in June … yes, three months away. The OS upgrade will be free. 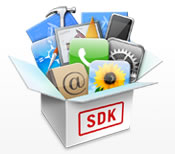 SDK
Although long-discussed, more details of the SDK — the Software Development Kit allowing the development of programs to run on the iPhone and iPod touch — came out too.

Apple is charging for the pleasure of helping them potentially sell more devices. The Standard Program costs $99 (US) per year and gives members an iPhone SDK and development tools; access to pre-release iPhone software; technical support; the ability to get code onto iPhones for testing; and distribution of applications via the new App Store. The Enterprise Program costs $299 (US) per year. A free Beta iPhone SDK is available now.

For your money, you get a set of tools including: Xcode for source code editing, project management and graphical debugging; Interface Builder with drag and drop interface creation and live preview; Instruments to monitor and optimise iPhone application performance in real time; and the iPhone Simulator to run and debug applications.

Back in the early Apple Mac, the development tools were renowned for being difficult to use, leading to a low uptake in development. Clearly that was relativity light years ago and they’ve learnt tons since then, so it will be interesting to see the tools.

App Store Outlined
To deliver the apps that have been written, App Store will let users browse, search, purchase and wirelessly download third party applications directly onto their iPhone or iPod touch. Apple will share income from the sales of these — they can be free if desired — 30%/70%, with the larger chunk to the developer.

To show how Apple is trying to push the iPhone into the corporate world, ‘select’ enterprise customers and developers will be able to get their hands on a beta release of it now. 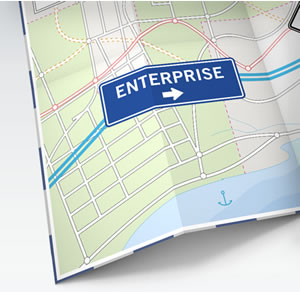 Suits you
Suits will be pleased to hear that Apple has licensed Exchange ActiveSync from Microsoft, letting them building it into the iPhone, so that iPhone will connect out-of-the-box to Microsoft Exchange Servers 2003 and 2007 for secure over-the-air push email, contacts, calendars and global address lists.

Another nod to the corporate world is the inclusion of Cisco IPsec VPN, which they say gives ‘the highest level of IP-based encryption available’.

Why – control of the hand
All of these changes clearly reveal, if it wasn’t clear already, what the iPhone and iPod touch are … PDAs by stealth.

PDAs might not be trendy enough a name for it, but you get what we mean, a handheld device.

Everyone will need a means of accessing the network — and the information that they hold there — while they’re on the move.

It’s the SDK that will really bring the platform to life, opening it up. Moves like providing tools will give Apple a strong head start in the race.