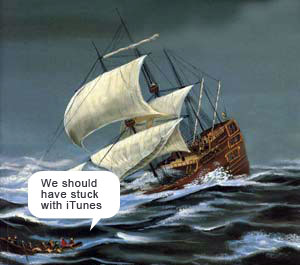 The government is scheming new plans to slap down illegal music downloaders hard, with the ultimate threat of having their Internet access cut.

Under a leaked Green Paper draft consultation, it’s been mooted that Internet service providers should be obliged to take action over users downloading pirated material, with a “three strikes” rule giving them an e-mail warning, followed by suspension, and then termination of their contract.


With six million Brits estimated to be busy downloading illegal files every year, this looks set to be a controversial measure, with ISPs also a little less than chuffed to find themselves doing the record industry’s bidding and being turned into a ‘pro-active net police force.’ 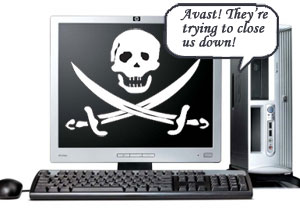 The draft paper also adds that: “We will move to legislate to require Internet service providers to take action on illegal file sharing.”

The Internet Service Providers Association commented that “ISPs are no more able to inspect and filter every single packet passing across their network than the Post Office is able to open every envelope,” with a report in the Register adding that they are calling on the record industry to underwrite the cost of lawsuits brought by people wrongly accused of downloading or uploading music.