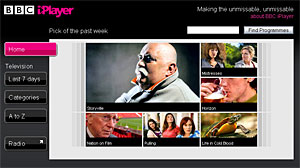 Media analyst spods Screen Digest have released updated usage data and forecasts for the online TV market in the UK.

The company say that a “surge” in punters feeling the downloading love for the BBC’s iPlayer catch-up service has sent them scurrying back to their labs and adding some more 0s on the end of estimates for free-to-view (FTV) TV consumption in the UK.

After some extended pencil-end chewing and mulling over the comScore consumption data, Screen Digest analysts reckoned that video streams from bbc.co.uk domains, including the iPlayer sub-domain, accounted for well over a third (38 per cent) of total UK FTV streams and downloads in 2007. 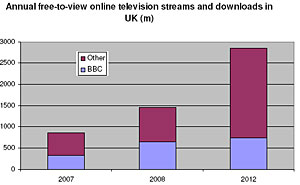 The Digesters (if we may call them that) noted that the BBC’s decision to move from their proprietary iPlayer to an open access web streaming model coincided with a significant uplift in online viewers. BBC’s continued development of the iPlayer open web platform will give increased coverage through ‘platform syndication’ strategies like allowing the iPlayer to be embedded into third party websites and personal blogs.

In the two weeks from 25 December 2007, over 1m users visited the site, downloading or streaming over 3.5m programmes (250,000 daily) and report reckons that this growth pattern is sustainable.

The move to Flash-based streaming for the seven day catch-up application has let non-Windows users join in the fun, while rivals ITV.com and 4oD are still stuck with programs that only work on Windows PCs. 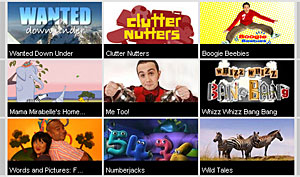 Arash Amel, Senior Analyst rocked up, scratched his chin and gave us the lowdown: “Screen Digest is monitoring the development of the market. Our long-term financial outlook of the UK online TV sector will now be dependent on the future development of convincing platform strategies by UK commercial broadcasters ITV, Channel Four and Five, as well as new entrants such as Bebo, MySpace, YouTube and Joost.”

“It is expected that the success of the BBC’s iPlayer open web streaming model, and future ‘viral syndication’ strategies, will encourage UK commercial broadcasters to enter a long term reassessment of how they deliver programming to users, ” he added.

One thought on “BBC iPlayer Soars In Popularity”