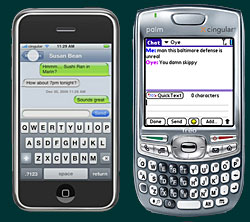 There’s still plenty of gold in them thar’ Mobile Advertising hills, with new research from Jupiter predicting revenues to hit 1.3 billion Euros in Europe by 2012.

Research bods Jupiter say that the growth of free mobile Internet access deals and the ‘limited consumer willingness’ to pay for mobile content coupled will lead to the development of ad-funded business models.

Looking into their big shiny crystal ball, the company also predicts that cheaper multimedia handsets, improved networks and transparent data plans will lead to 40 per cent of mobile users regularly getting down with the mobile Internet in five years time.

It’s not all good news for mobile entrepreneurs and wannabe Arthur Daleys, with the report warning that the relatively small audience of mobile content users and the comparatively low number of ‘educated advertisers’ able to ‘measure return on investment’ will hold back growth in the midterm. 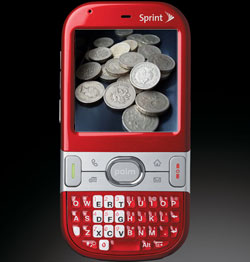 Thomas Husson, senior analyst at Jupiter Research, commented: “The mobile advertising market will grow significantly over the next few years and move from its current trial stage to a more mature business where stakeholders will leverage consumers’ uptake of mobile data service.” Via

Text Still Rules The Data Waves
Elsewhere, Richard Wray at The Guardian writes about how operators are still trying to get subscribers to spend more on mobile data.

Despite all the attractive multimedia baubles on offer, it seems that Joe Public is still feeling big love for the humble text message, although overall data use continues to grow:

“According to a 2007 Ofcom report, mobile data (which includes video and audio) accounts for more than 22% (around £3bn) of mobile revenues. The largest proportion of the 22% is text messaging (a technology that’s been around for 15 years). However, Ofcom statistics show the mobile data market has grown at a compound annual rate of 26.2% over the past five years. Given the downward pricing pressure of text messages, this suggests other forms of data are gaining real traction with users.”

Although the iPhone is being touted by pundits as a turning point, Apple and O2’s recent extreme reluctance to issue sales figures suggest that it’s sold nowhere near as well as hoped.