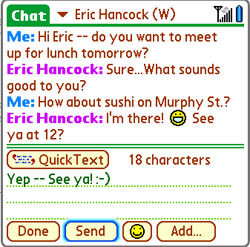 Us Brits are going SMS supersonic, bashing out over one billion text messages every week, according to new figures from the Mobile Data Association (MDA).

The number is up a hefty 25% higher from the same time last year, with a single week’s total matching the number of text messages sent during the whole of 1999.

“It has exceeded our forecasts quite significantly,” commented MDA head honcho Mike Short, who reshuffled his papers to add that the tally for 2007 looks set to reach 52 billion – miles ahead of the 42-48 billion originally predicted by MDA boffins.

The total for September this year reached 4,825bn texts which – get ready calculator fans – works out at around 4,000 every second. And that’s a lorra lorra texts.

Mr Short put the continuing growth of SMS messaging down to the fact that it was, “convenient, comprehensive, it’s on every handset and network and it is cost effective.”

Noting that companies were increasingly making use of text messaging (presumably not just to send, “U R FIRED” messages), Short said: “It’s a lot more convenient for a business now to notify lots of their employees about an urgent message using a text message.”

“The UK text volumes show no real signs of abating and the UK sits within the top six of the global league of countries sending text messages,” continued Mr Short.

“While the trend towards operators offering ‘all-you-can-eat’ tariffs increases, this will act as a catalyst for consumers’ passion for all things mobile,” he added. 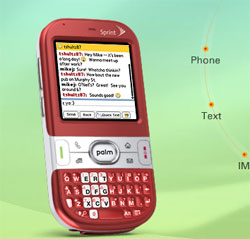