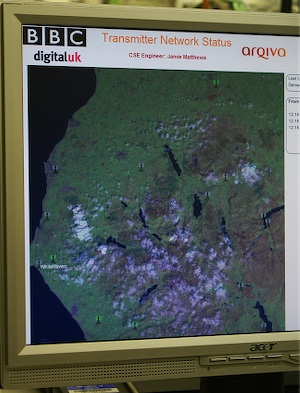 Official timings of the Switch Over last night for the Whitehaven relay.

Each of the other two relays Eskdale Green and Gosforth followed step by step in quick succession, synchronised via mobile phone.