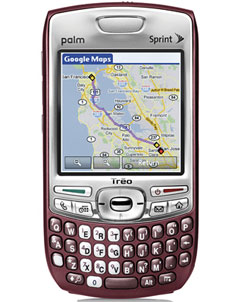 If the growth of mobile access use continues at the current rate in the UK, future Brits may develop hands with massive thumbs, teensy little fingers and Quasimodo-like hunches developed from squinting at tiny little screens, according to a new study by the Mobile Data Association.

Well, alright, we made up the bit about the possible Darwinian side-effects, but the figures show that an awful lot of us are now getting on line with our phones, with the total now hovering around the 15 million mark.

With many users liberated from the outrageously hefty data charges previously demanded by network operators with new ‘flat rate’ data deals, there’s been a massive surge in wireless Internet use.

Leading the charge in the UK is T-Mobile, with their ‘web and walk’ service. 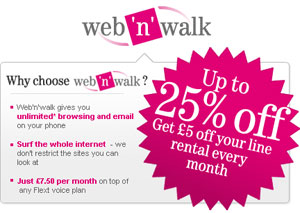 Debuted some 18 months ago, the service offers ‘unlimited’ mobile data access for £7.50/month, and has around half a million punters signed up (like all carriers, T-Mobile doesn’t like the dictionary definition of ‘unlimited’ and instead limits standard users to 1GB of data sent/received per month).

No longer the province of the seriously geeky, modern phones make it a breeze to get online, with punters flocking to access social networking sites like MySpace and Facebook, as well as checking the news, eBay, mapping sites and email.

“Usage is as diverse as the people using it,” sagely observed Richard Warmsley, head honcho of T-Mobile’s wireless Internet division.

“Half of our customers surf the Internet on their mobile when they are at home watching TV,” Warmsley added. “They do not need to go to a laptop and fire it up. The mobile is there for them.”

Shame the mobile isn’t ‘so there’ for T-Mobile customers looking to access the web on their phones when they’re roaming abroad, with the company still charging eye-wateringly high prices, straying well in to ‘you’re ‘aving a larf’ territory (yes, we’re still smarting from the £100 data bill we got from a recent trip to New York).