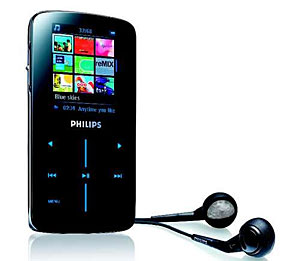 Although most folks had assumed that Philips had long given up the ghost of scoring a hit in the portable MP3 player market, the Dutch electronics giants are back with two new contenders.

Hoping to divert some of the tidal wave of Nano-bound cash into their own coffers, the ‘Streamium’ players come in 4GB and 2GB versions, christened the SA9345 and SA9325 respectively (way to go in the naming department, Philips!).

With a screen resolution of just 220×176 pixels, we don’t imagine Messrs Apple and Mac will be too troubled with the Nano packing a more impressive 2in 320×240 display.

Both players come with Philips’ touch-sensitive screen interface with a backlit “sensory” touchpad offering a “SuperScroll” feature to get you whizzing through the graphic icon-based menus. 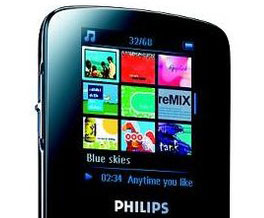 The SA9345 does steal a big march on its Nano rival by including an integrated FM radio to keep sports and news junkies updated on the move and allow Archers fans to keep up with events around Ambridge.