The BBC is to bolster multi-platform commissioning. “Again?” I hear you cry.

Do you remember back as far as 2002 when Ashley Highfield, then Head on New Media at the BBC, was telling everyone who would listen … or write about him … that the BBC wouldn’t commission any new programmes unless they had an interactive media element built into them?

How excited the whole industry was! At last there was someone in a position of power to make the change. They then went on to quietly shelve the idea.

Fast forward _five_ years to now and how much of that have we seen?

BBC Vision … or TV as it used to be known, where Simon now works, is looking to be “able to liberate our content from the limitations of the live linear schedule,” while being conscious that “it’s too easy to dismiss the multi-platform opportunity as simply getting our programmes onto new devices or creating websites alongside programmes.”

To this end they want to use “the two-way nature of new media platforms to transform our relationship with licence fee payer,” encouraging the audience to create content and “participative experiences.” 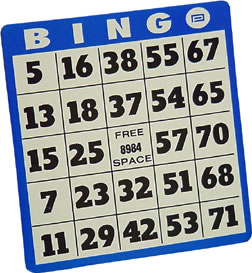 Buzzword-tastic
So get you could dismiss this as a great opportunity to shout HOUSE! several times as your buzzword bingo cards fill up to the point of over-flowing – or give them a break and consider that this time, what is being promised might actually get delivered.

They’re certainly starting off with a realistic level, if not over-basic.

Amazingly the BBC doesn’t have a Web site for each program that the put out. This is going to be corrected and tiered to three levels: Basic (created automatically), Enhanced (for 50+ programmes a year) and 360 (rich content for 15+ programmes a year).

All of this is going to need to be paid for and they’re planning to spend an additional £30 million over the next three years – hopefully – as it’s subject to the BBC’s reprioritisation plans. If this is successful, they want to “double investment in multi-platform”.

Let’s Hope …
Let’s hope that the BBC isn’t just talking the talk this time, and that they’ll start delivering all of these great sounding initiatives. It’s going to take a lot of effort to patch up the bad feeling and mistrust that’s been built up over the years.

One thought on “BBC Vision Goes Multi-Platform. For Real This time?”